Perimeter security is a blooming market due to various global conflicts and threats. Solutions for the early detection of theft, fire, trespassing or intrusion are very important for the protection of critical infrastructures, borders, harbors and other territories. A 360° surveillance system, based on the Gobi-640 thermal camera, is an ef ficient and cost-friendly monitoring solution to keep your property safe, day and night.

To establish a successful perimeter security system a number of parameters need to be taken into account. First of all, reliability is an important factor. Secondly, the system needs to detect risks, evaluate them and send an alert to the operators. To operate 24/7 a solution needs to be found for operation in the dark. A thermal imager is a perfect night vision system as it images temperature differences instead of reflected light.

The FOVEA from Syperion Vision is a 360° monitoring system capable of observing large perimeters up to several kilometers. It continuously captures high resolution images from a central point and detects and automatically evaluates motion or changes within the field of view.

Due to the fast rotation of the FOVEA you can cover a huge perimeter without the need for additional surveillance cameras at multiple locations. Furthermore, a special tracking algorithm allows changes in the FOV not only to be displayed, but also to be tracked with the camera. 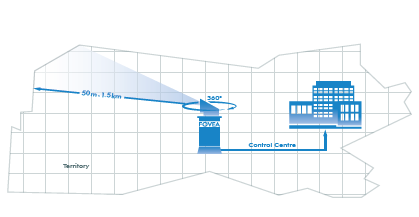 In contrast to systems with a pivoting camera, FOVEA captures focused images while rotating and stitches them together to form a panorama of the environment in real time. The rotation speed can be as high as 180° per second, making reliable surveillance possible. As the integrated cameras do not move it is possible to use any type of camera in the system. 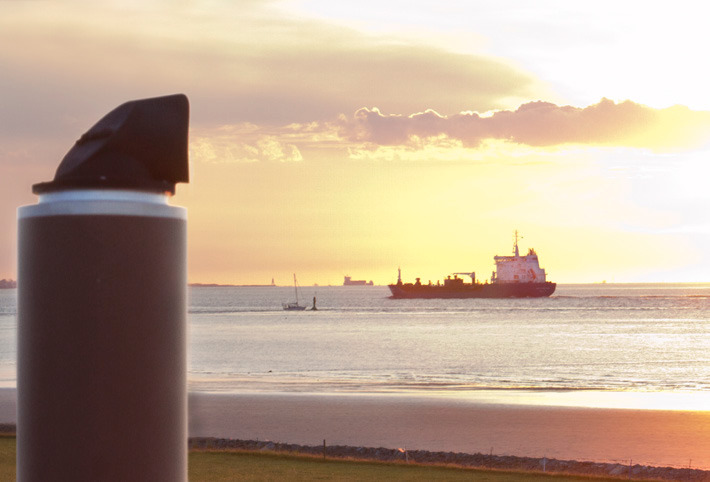 Figure 2: FOVEA in use

The FOVEA X50 system is equipped with the Gobi-640 thermal camera for night vision
applications. The system is able to monitor an area over 3 million square meters, 24/7. The used camera, a Gobi-640, is an uncooled thermal imaging camera with excellent Detection, Recognition and Identification values due to its high resolution and small pixel pitch. The camera’s flexible interfacing makes it easy to integrate into the FOVEA.