The efficiency of silicon solar cells can be estimated at an early manufacturing stage by deploying photoluminescence detectors. The phenomenon of luminescence, however, is a very weak effect occurring in the near (NIR) and short-wavelength infrared (SWIR) realms. Conventional CCD image sensors are of almost no use here. NIR/SWIR cameras based on InGaAs technology, on the other hand, can open up this realm for a meaningful in-line inspection of high-volume solar cell manufacturing lines.

The commonly used methods of electro-luminescence inspection to get information about the expected cell efficiency can be deployed only in the last manufacturing step. Only at this stage, some external voltage can be applied to inject electrons into the manifold pn-junctions which form the solar cell. These electrons then partially recombine with the holes present. Their excess energy is turned into photons whose wavelength is determined by the bandgap of the solar cell’s absorption material. The bandgap of polysilicon is at about 1,100 nm. Figure 1 shows its spectral distribution as the luminescence peak marked in green.

In case the polysilicon material contains some defects, this peak value is smaller and the emission occurs with a lower energy level (sub-bandgap) in the defect band at a greater wavelength of 1,300 to 1,600 nm. In Figure 1, this is indicated by a violet line. This behavior is also clearly discernible in Figure 2. In the upper part of Figure 2 the peak was extracted by a bandpass at a wavelength centered around 1,100 nm and visualized by means of an InGaAs camera as spatial distribution. Defects are recognizable by looking at the lightly shaded areas. Darker areas showing higher defect densities point to a decreased efficiency of the cell. Images with significantly higher contrast are resulting from capturing luminescence images in the sub-bandgap area, indicating the prevailing defects.

The lower part of Figure 2 shows an SWIR image taken through a long-wave pass filter, which transmits only wavelengths above 1,450 nm. The lighter the area, the higher defect density – and the lower the efficiency of the cell.

Up to now, electroluminescence as an analytical tool was only used with CCD cameras made in deep depletion silicon technology with backlighting. Their quantum efficiency, which is starkly lower at shorter wavelengths (blue curve in Figure 1), meets the linear rising flank of the luminescence peak at 1,000 nm. Thus, only the rose-textured area of Figure 1 can be utilized. The result is a very long inspection period, which does not conform to the high throughput levels of today’s automated solar cell manufacturing setups.

The Limits of Electroluminescence

Despite its high and meaningful information content as a camera-based method the electroluminescence generated by electronic excitation has several disadvantages. Electroluminescence measurements are only feasible on completely processed and finished metalized solar cells. There is no way for a characterization at the preceding steps of the manufacturing process.

Additionally there is the series resistance affecting the measurement results. The excess charge carriers injected by the current flow are causing the ohmic resistance of busbar, finger grid and emitter to heavily impact the luminescence intensity level. Especially the higher current density is causing the intensity to significantly decrease at larger distances to the busbar. Finally there is the need for directly contacting the units under test, which may cause the destruction or introduce impurities on their surfaces.

For all the reasons mentioned, photoluminescence (PL) is a good prospect to be used as an advantageous analytical tool in the near future. Instead of using a constant current, the electroluminescence can also be stimulated by radiation. For polysilicon this means light at a wavelength of 800 nm (red), which can be homogeneously generated and coupled in over large areas through laser diode arrays. With this method, at each point of the probe the same number excess charge carriers are generated. This prevents the degradation of the PL images of finished solar cells by the effects of the series resistance. Also, the probe doesn’t have to be contacted.

The greatest advantage of this method, however, is that photoluminescence allows wafer characterization showing the spatial resolution in all solar cell manufacturing steps. Images of silicon blocks and singulated wafers at various stages of the manufacturing process can be analyzed for an early estimation of the expected efficiency of the finished solar cell.

SWIR Cameras Based on InGaAs Technology

InGaAs cameras are especially advantageous in the capture of photoluminescence images since their quantum efficiency in the short-wave infrared (SWIR) is rather high. This is the same area in which the luminescence dominates the defect band. Due to the low radiation intensity this method requires cameras equipped with highly sensitive sensors with thermo-electric cooling to lower their noise floor.

Such cameras were originally conceived and built for research and development purposes. Now they are finding their way into the manufacturing realm since their users have found out that they enable novel concepts of process control.

Depending on the defect density they are utilized differently, with the aim of yielding the maximum number of solar cells of high efficiency. Typical examples of such cameras are shown in Figure 3. On the left is an SWIR camera with FPA image sensor yielding a high resolution of 512 x 640 pixels (Cheetah-640CL). On the right is a line camera (Lynx) with a resolution of up to 2,048 pixels in a 12.5-μm grid, showing a small dark current at a high line rate of up to 40 kHz.

Cameras with multi-stage Peltier cooling, originally directed at the scientific realm, as well as high-resolution cameras with FPAs or line sensors based on InGaAs technology are broadly gaining importance in industrial development and manufacturing. There they enable the observation of photoluminescence phenomena at longer wavelengths (SWIR) to quickly obtain detailed information about the defect distribution in poly-crystalline silicon solar cells.

The feasibility of quickly gathering PL images in the defect band of 1,300 to 1,600 nm at every manufacturing step lets one expect that this method will deliver a much clearer identification of material impurities or defects. These data can be used to great advantage to optimize existing production processes. This way, photoluminescence image processing with advanced SWIR InGaAs cameras will contribute to a significant increase of the manufacturing yields of highly efficient solar cells and thereby lower the cost of solar-generated electricity. 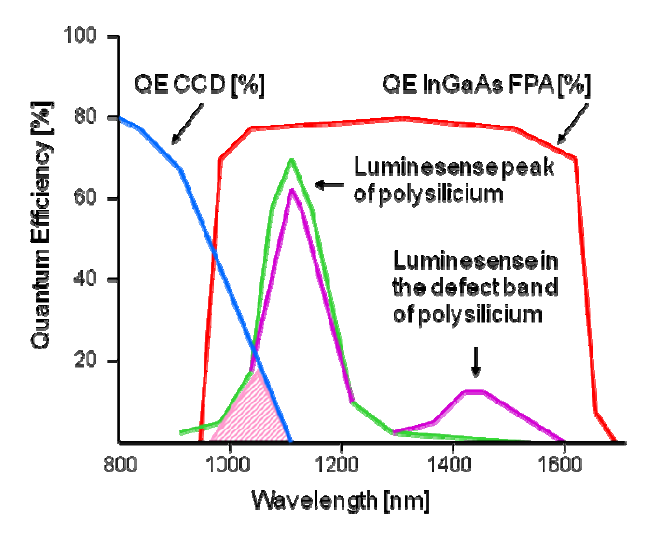 Figure 1. In polysilicon for solar cells luminescence is mainly occurring in the shortwave infrared (SWIR) realm, where it can be used for defect detection. Traditional CCDs however capture only a small part of the spectrum. SWIR cameras in InGaAs technology are the solution. 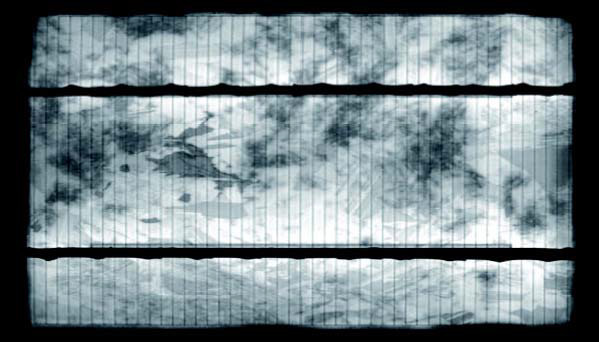 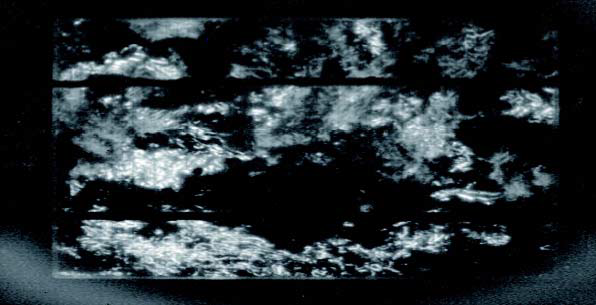 Figure 2 In the bandgap area defects are recognized only as a slight darkening of the luminescence images, whereas they are sharply and clearly recognizable in the subbandgap area.

Figure 3. Sensitive, thermoelectrically cooled SWIR cameras based on InGaAs technology are available with FPA sensors (640 x 512 pixels) as well as with linear arrays (up to 2,048 pixels) for scan applications. 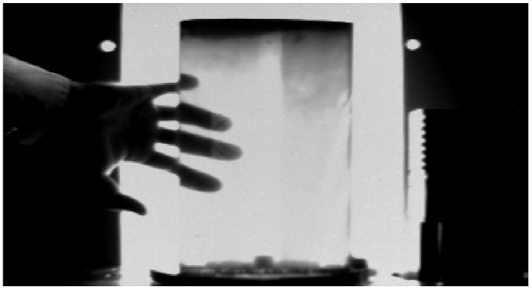 Figure 4. Photoluminescence can be used to examine and characterize silicon blocks to select them for the appropriate manufacturing processes.