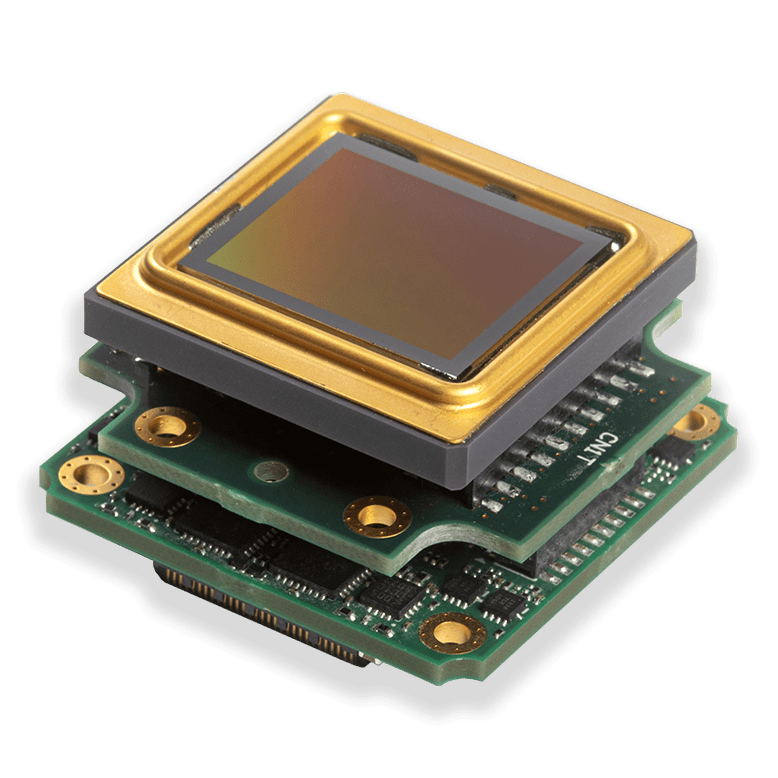 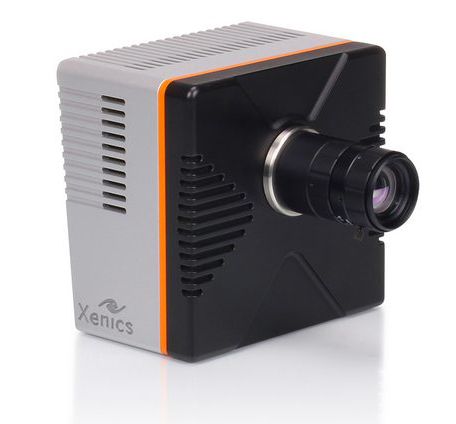 We would like to share our infrared technology knowledge with you, such that together we can find new and interesting infrared applications.

On this page you find more information about infrared as a technology, its history, infrared detectors and an infrared glossary.

As the Latin prefix “infra” means “below” or “beneath”, “infrared” refers to the region beyond or beneath the red end of the visible color spectrum. The infrared region is located between the visible and microwave regions of the electromagnetic spectrum. All objects radiate some energy in the infrared, even objects at room temperature and frozen objects such as ice. Therefore infrared is often referred to as the heat region of the spectrum. 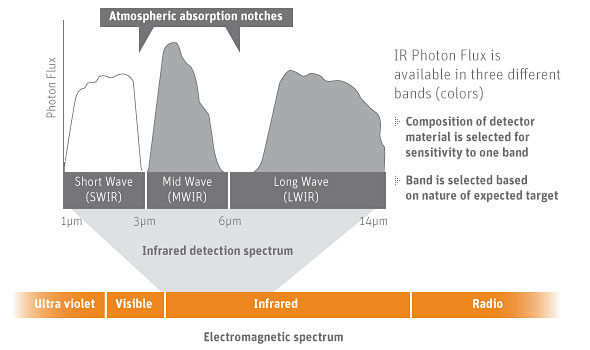 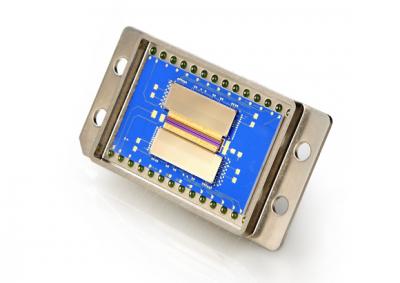 The history of infrared started in the 19th century. In these days, the development of infrared detectors was mainly focused on thermometers and bolometers. Photon detectors were only developed in the 1940’s and improved the sensitivity and response time.

During the 1940’s and 50’s new materials were developed for IR sensing, of which the semiconductor alloys of chemical table group III-V, IV-VI and II-VI were the most important ones. These alloys allowed the bandgap of the semiconductor to be custom tailored for a specific application.

In the late 1960’s and early 1970’s, “first generation” linear arrays were developed. In the meantime Charge Coupled Devices (CCDs) were invented which made it possible to envision “second generation” detector arrays. These were eventually born in the 1990’s and provided large 2D arrays and linear arrays with square and rectangular pixels.

An infrared detector is simply a transducer of radiant energy, converting radiant energy in the infrared into a measurable form. Infrared detectors can be used for a variety of applications in the military, scientific, industrial, medical, security and automotive arenas. They are available as single element detectors in circular, rectangular, cruciform, and other geometries. As linear arrays, and as 2D focal plane arrays.

Infrared detectors can be made from many compound semiconductors, each with its own characteristics. 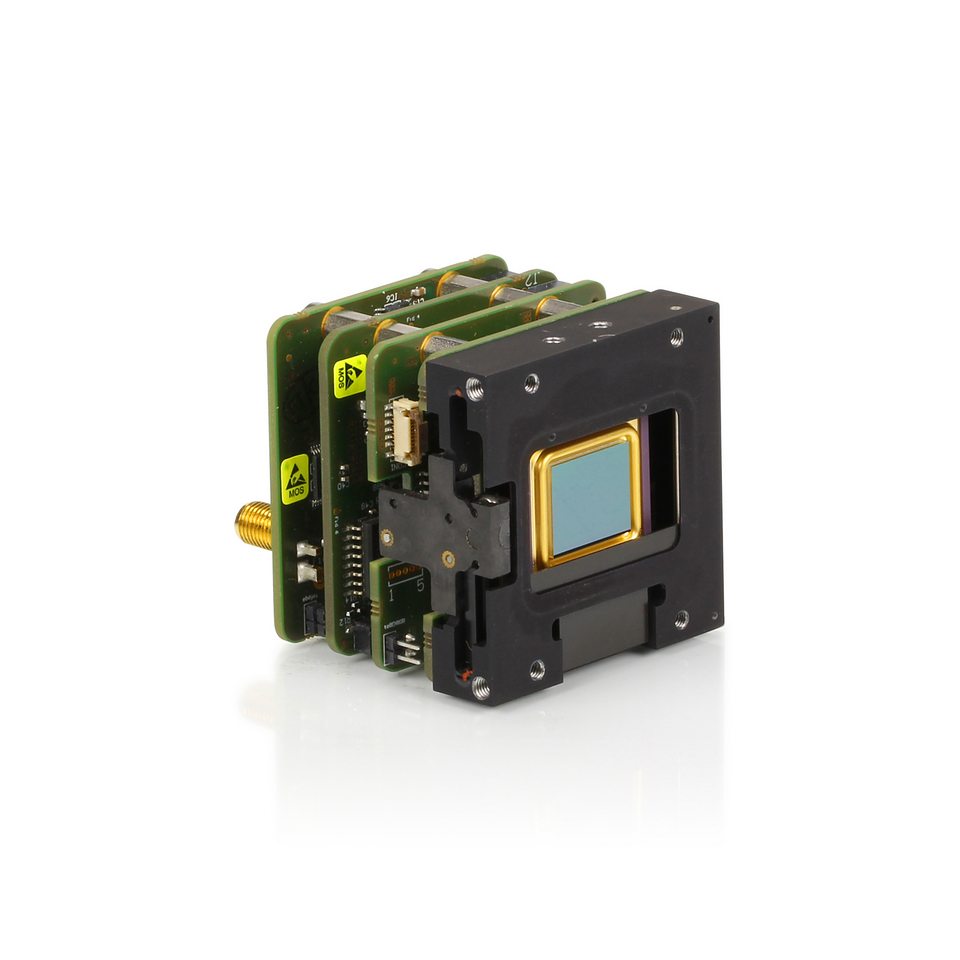 The infrared world is a high-tech world with a lot of typical infrared jargon. Here you can find an overview of some of the most recurring terms. Next to this infrared dictionary, you can also find a list of infrared acronyms. 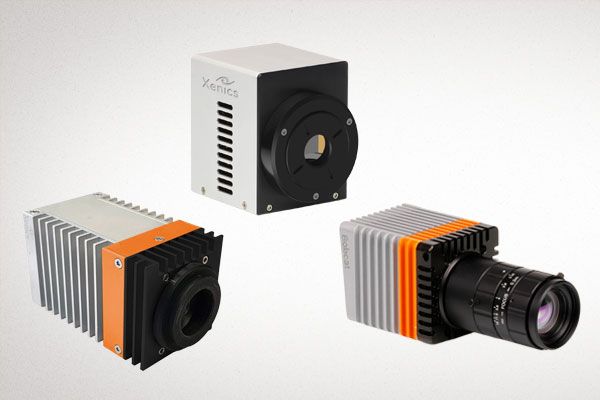 The Short-Wave Infrared (SWIR) part of the infrared spectrum offers unique capabilities for various applications in machine vision, R&D, medical, security, process control and transportation. SWIR imagers typically use reflected light, i.e., similar with the shorter wavelengths of the visible spectrum, and are often complementary to MWIR and LWIR imagers.

Most of Xenics SWIR line-scan and area detectors are developed in-house and based on a material called InGaAs (Indium Gallium Arsenide). These detectors are sensitive in the wavelength range from 900 to 1700 nm. 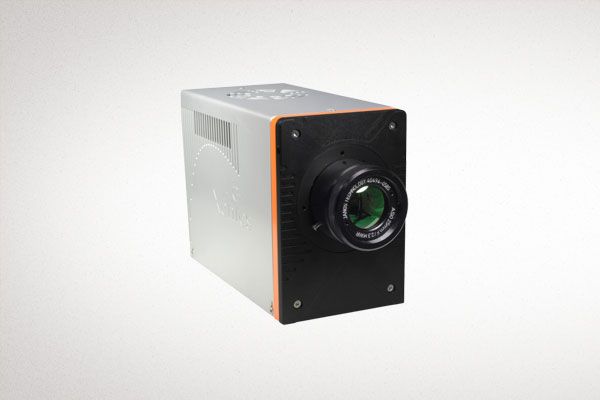 The Mid-Wave Infrared (MWIR) part of the infrared spectrum covers roughly the 3 to 5 µm wavelength band. MWIR cameras are typically used for thermal imaging and thermography applications in security and R&D. 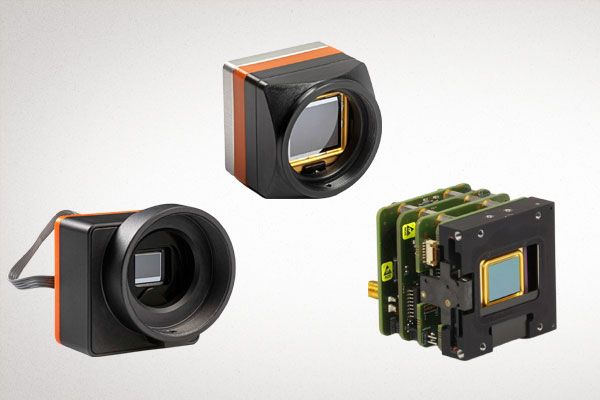 Xenics LWIR cameras and camera cores are based on uncooled microbolometer detectors.

Find out how Xenics, leader in Infrared Detector Technology solutions, can expand your business capabilities.